All Collections
Dashboard
The QuarterOne Dashboard and Forecast

The QuarterOne Dashboard and Forecast

A introduction to the QuarterOne Forecast and how it is derived from your Pipeline and sales velocity.

Written by Michael Foulkes
Updated over a week ago

The Dashboard is the central hub of the QuarterOne app. It provides users with a simple overview of their sales Pipeline, the associated Forecast and sales Velocity Metrics. 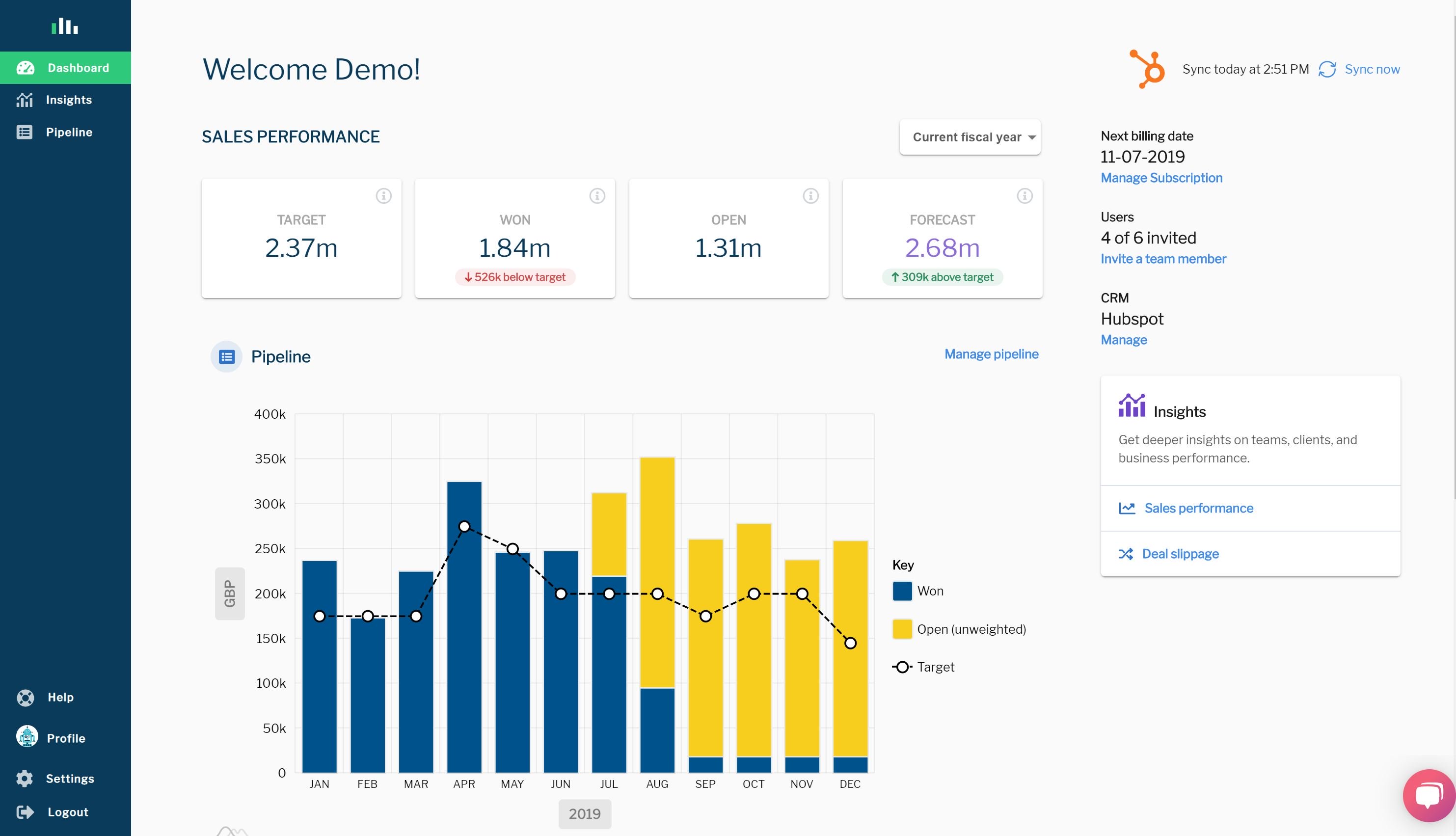 The Pipeline includes both Won and Open deals in a business' sales funnel. The Pipeline figures are at full value - e.g. unweighted. Deals that have been spread over multiple months are automatically reflected on the same basis in the dashboard Pipeline chart.

The Forecast incorporates the weighted Pipeline with a new business Prediction.

The Prediction is calculated using the latest sales Velocity Metrics for the previous 90 days. The calculation is updated automatically on every sync. The metrics applied can also be overriden to correct for any anomalies. 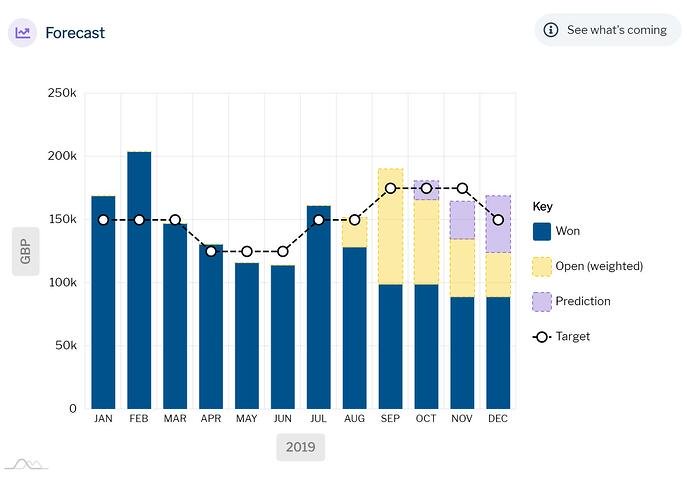 Sales Velocity Metrics are a measure of how quickly your business is winning new deals. A higher sales velocity means you’re bringing in more revenue in less time. The quicker you can grow your pipeline and convert prospects into paying customers, the more successful your business will be.

The five key measures of sales velocity are:

Please see the article Velocity metrics and Forecast Prediction for further information on how to use the Velocity Metrics.

Did this answer your question?